Supercomputers Generate Next Generation of Batteries 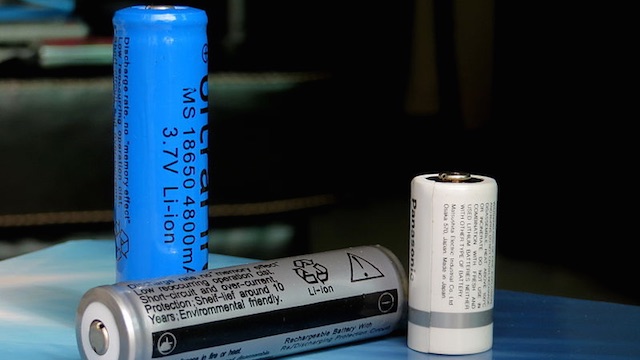 Scientists from Texas A&M have developed a new generation of lithium-metal batteries with the help of supercomputers from the Texas Advanced Computing Center. These new batteries will be ideal for smart grids and electric vehicles.

Lithium-ion batteries have already proven their worth when it comes to consumer electronics. Unfortunately, there are limits to their capacity. Smart grids, wind turbines, and electric vehicles all demand more power than lithium-ion batteries can provide. That’s where lithium-metal batteries come in.

Lithium-metal batteries have the potential to store enormous amounts of energy at a relatively low cost. However, there’s one major flaw that’s prevented them from being effectively utilized: dendrites. Dendrites are sharp needles made from clumps of lithium atoms. These needles can cause batteries to overheat; in some cases they can even short-circuit and catch fire.

[symple_testimonial by=”Reza Shahbazian-Yassar, associate professor of mechanical and industrial engineering at the University of Illinois at Chicago (UIC)” fade_in=”false”]”Lithium-metal batteries are basically the dream batteries since they provide an extremely high energy density. However, we have not been able to build commercially viable lithium-metal batteries with organic liquid electrolytes due to heterogeneous lithium metal plating that leads to dendrites under extended battery cycling.”[/symple_testimonial]

This was the problem Texas A&M researchers set out to tackle. Utilizing the power of supercomputers, scientists set out to learn the core chemistry behind the formation of dendrites in batteries. They also began to engineer new materials capable of mitigating the growth of those troublesome dendrites. This work led them to an unusual solution.

Scientists took a graphene oxide nanosheet and sprayed it directly onto a glass fiber separator. This was inserted into the battery. The nanosheet works in a way that allows lithium ions to pass through without issue, while simultaneously slowing down how the ions combine with electrons. Scientists can also use this material to control how the ions combine to become neutral atoms. This means that instead of turning into needles, the atoms end up in a smooth, flat surface at the bottom of the nanosheet.

This is a major step forward in developing a lithium-ion battery powerful enough to run an assortment of large devices. Researchers continue to explore the materials best suited for these batteries; soon, the problem of dendrites could be a thing of the past.