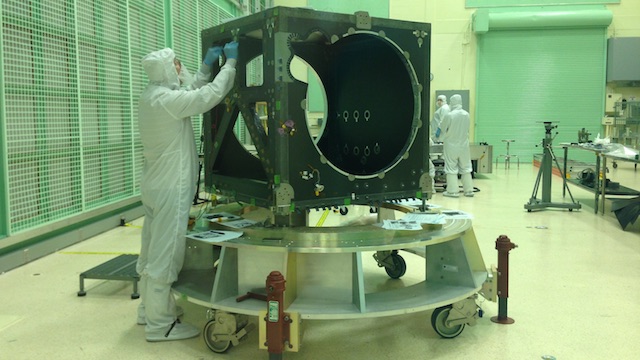 Scientists from NASA are working on a method to transition from radio to laser communications. Known as the Laser Communications Relay Demonstrastion (LCRD) mission, researchers believe that this transition will drastically improve how we communicate with astronauts and spacecraft. Testing is well underway at NASA’s Goddard Space Flight Center

“LCRD is a big step in the evolution of space communications. LCRD will demonstrate how laser communications technologies can be applied to significantly enhance the capabilities of NASA’s communications infrastructure.”

NASA has relied exclusively on radio communications for a very long time. But all that is about to change, thanks to some cutting-edge technology that uses lasers instead of traditional radio communications. This hybrid combines the two technologies, resulting in a revolutionary combination of lasers and radio that will change the face of NASA’s communication systems.

The LCRD mission will focus on the relay of data via lasers. It will determine the advantages and viability of such a communication system, and set the groundwork for future networks. Testing and integration of the system is already well underway at Goddard Space Flight Center, and scientists are excited about the data this mission will provide.

Once testing is complete, LCRD technologies will be used in two upcoming NASA missions. These are the integrated LCRD Low-Earth Orbit User Modem and Amplifier Terminal (ILLUMA-T) as well as the Optical-to-Orion (O2O) project.

O2O will fly aboard the Orion spacecraft. It will go with astronauts, who will be able to use the laser communications to video conference with Earth. They will also be able to stream high-definition videos of their missions beyond low-Earth orbit.