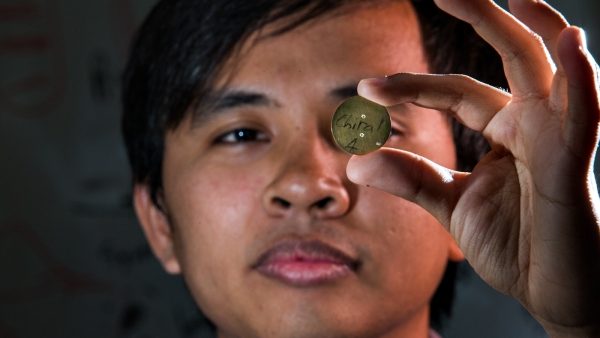 When light interacts with electrons and holes, polaritons are formed in semiconductors to create hybrid particles that have properties of both light and matter. The use of a brass mask allowed the physicists to create a system that flows in one direction creating a single, stable vortex. Previously, vortices have only appeared randomly and in pairs that swirled in opposite directions. The polaritonics could lead to advancements in linking traditional electronics with new laser and fiber-based technology.