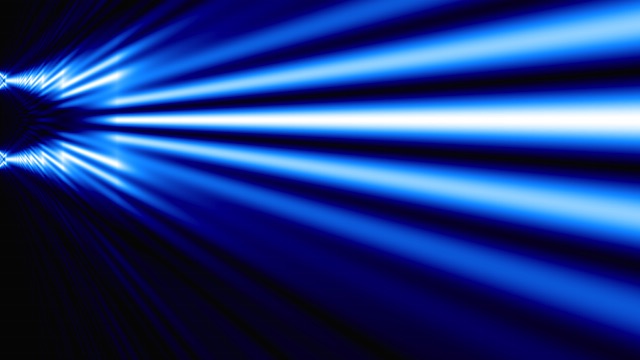 Scientists from the US Department of Energy’s Lawrence Berkeley National Laboratory have created a new type of x-ray laser. The new device is called an ‘injector gun’ and is capable of creating  steady stream bunches of electrons. These bunches will be used to create x-ray laser pulses faster and more efficiently than ever before.

X-ray pulses that are produced for experiments have very specific requirements. They need a blast of electrons to be emitted at the exact same time that a pulse of ultraviolet light strikes a specific spot. This spot is about 1 millimeter wide and coated with a special substance. The new version, which arrived on the scene on January 22nd, promises to streamline and improve this already cutting-edge technology.

The injector gun is intended to be one of the first essential operating pieces of the new laser. Once installation is complete, initial testing can begin — and researchers have high hopes for the results. The injector will be used to send electron bunches into a superconducting particle accelerator. The accelerator must be supercooled in order to conduct electricity with an almost zero loss. After that, the accelerated electron bunches can be used to create x-ray laser pulses.

Scientists plan on using this technology to further explore the interaction of light and matter. The injector gun will help by creating sequences of snapshots. These snapshots can be used to create atomic-scale and molecular-scale footage which can be used to help further the understanding of chemical changes, magnetic effects, and a variety of other phenomena.

The new technology will be used in conjunction with the existing x-ray laser. Launched in 2009, the current laser fires up to 120 x-ray pulses per second. But not for long; that laser is also scheduled to be upgraded sooner rather than later.

The injector gun is made up of components similar to a battery. It has an anode and cathode, which create a vacuum-sealed central copper chamber. This chamber is known as a radio-frequency accelerating cavity. Its purpose is to send out the bunches of electrons in a careful and controlled manner. From there, the cavity is tuned so it can operate at very high frequencies. The cavity is ringed with a variety of channels. These channels allow the cavity to be cooled by water, which prevents overheating.

Finally, a copper cone structure is placed within the central cavity. The cine is tipped with a specially coated and polished slug of photocathode. Infrared laser light is converted to ultraviolet frequency lasers. The UV light is directed onto a tiny spot on the cathode with the help of mirrors. The mirror is coated with cesium telluride, which excites the electrons. Electrons form into bunches which are accelerated by the cavity. The cavity connects to the superconducting accelerator. When finished, the electron beam is wiggled thanks to a series of strong magnetic structures known as undulator segments. These segments stimulate the electrons into emitting x-ray light, which can be used in a variety of different experiments.

Scientists believe that this technology could revolutionize an assortment of experiments, and dramatically change our understanding of the components of x-ray laser technology.