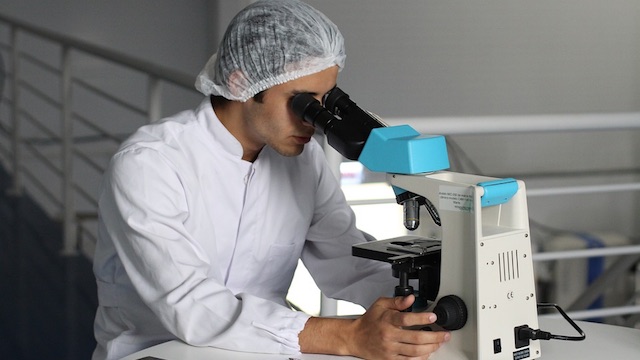 Researchers at the Massachusetts Institute of Technology (MIT) and Princeton University have devised a way to observe the energy and motion of electrons within a material. Typically known as a material’s ‘band structure,’ the energy and momentum of electrons are essential to understanding and determining the properties of said material. Previous techniques had only allowed scientists to observe band structure at the surface of a material.

The technique was tested on a semiconducting sheet of gallium arsenide. From there, the team of scientists were able to observe and record the energy and momentum of the electrons in the material. Visualizing the band structure throughout a material will allow scientists to identify and develop superior semiconductor materials. Additionally, this could give them the ability to observe unusual electron interactions previously unseen by researchers. This information could help them improve the superconductivity in certain materials.

“Electrons are constantly zipping around in a material, and they have a certain momentum and energy. These are fundamental properties which can tell us what kind of electrical devices we can make. A lot of the important electronics in the world exist under the surface, in these systems that we haven’t been able to probe deeply until now. So we’re very excited — the possibilities here are pretty vast.”

Raymond Ashoori, professor of physics at MIT and a co-author on the paper

The new technique allows scientists to observe the variety of electron energies that go on beneath the surface of materials. This includes those that occur in insulators, and even under a magnetic field. Known as momentum and energy resolved tunneling spectroscopy (MERTS), the technique is based on quantum mechanical tunneling. Quantum mechanical tunneling is a process that allows electrons to move through energetic barriers — just by appearing on the other side. This phenomenon has never occurred in the macroscopic world; it exists only at the quantum scale.

Using this technique, scientists were able to send electrons in to the material and observe their behavior. The early results of this experiment have been staggering, and given insight into how electrons move and operate that we have never before been privy to. Scientists hope that this method will allow them to explore even more phenomena, and to truly understand what goes on in a whole host of exotic materials right below the surface.