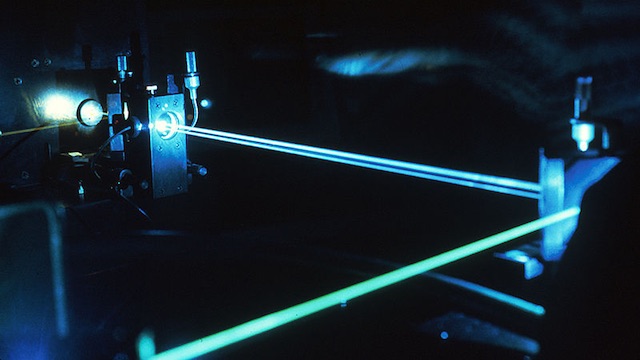 Scientists at the Missouri University of Science and Technology have published a new study that indicates laser printing technology could be the most cost-effective way to build medical components. The research team believes that these components would be safer, stronger, and more cost effective than previous versions.

According to the study, which appeared in the Advanced Materials Journal, the best way to create these components would be using lasers to create print-ready nanoparticles. These tiny components, called bioresorbable or transient electronics, are usually incredibly costly. They require expensive optical patterning, as well as vacuum deposition processes. The research team has been searching for a cheaper and more effective way to make these electronics, and according to them lasers are the answer.

Relying on laser printers would be a far more cost effective way of creating these components. The zinc nanoparticles would be sintered together through an evaporation and condensation process, which would help to avoid surface oxides. These conductors are incredibly durable and have high electrical conductivity. They also dissolved in water, which would be a useful trait for the components.

“The new method can direct-print patterned zinc conductors on bioresorbable polymers with conductivity close to bulk values. And the fabricated patterns on bioresorbable substrate can be readily integrated with high performance electronics.”

While all of this sounds fantastic, there are a few complications to consider. While the laser printing is much more cost effective than other, pricier methods, it comes with its own set of problems that need solving. Laser printing runs the very real risk of exposing necessary ingredients like zinc and magnesium to ingredients that could negatively impact the components, such as oxygen and nitrogen. The scientists have not yet worked out a way to overcome this particular problem.

That being said, this study represents a huge step forward in the world of medical components. There are still some significant hurdles to overcome, but laser printing the nanoparticles could provide the fast, effective, and inexpensive electronic components scientists have long been searching for.