A typical series RLC circuit configuration is shown in Figure 1.

This circuit is governed by the differential equation [2].

The type of the circuit’s response depends on the value of the damping ratio, ζ. When 0 < ζ < 1, the response is underdamped and has the form

where ωd, called damped natural frequency is given by

and the constants K and θ are evaluated using the initial conditions V0 and I0.

Many practical pulse circuits can be represented by the lumped equivalent circuit shown in Figure 2. 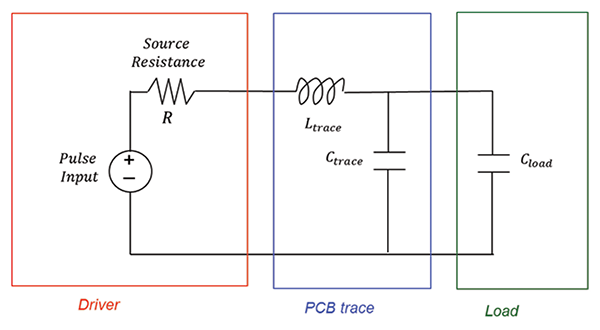 When ringing occurs the voltage across the capacitors exhibits sinusoidal oscillations; i.e., the circuit is underdamped.

To avoid ringing we need ζ ≥ 1, or equivalently

Let’s use some typical values for R and C and let R = 20Ω,
C = 10pF. Then the loop inductance would have to satisfy

The total circuit loop inductance in any practical electronic circuit exceeds this value and gives rise to the phenomenon of ringing.

The laboratory test set-up to measure ringing is shown in Figure 3. 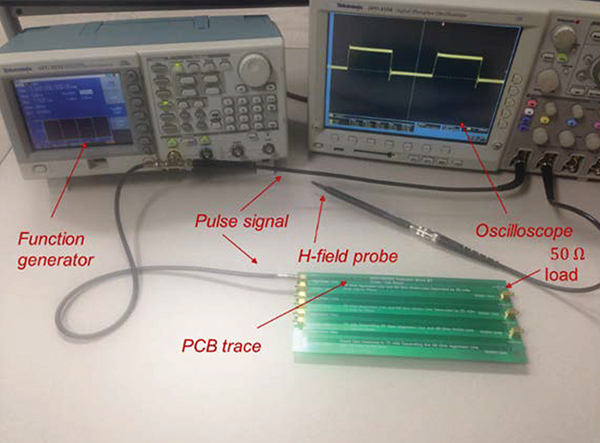 The circuit diagram showing all intentional circuit components is shown in Figure 4. 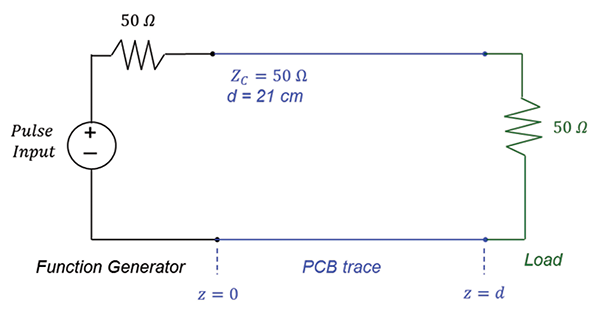 There is no noticeable ringing present at the input to the trace.

Figure 6(a) shows the waveform when the rise time has been changed to 2.5 ns while the fall time stayed at 10 ns. In Figure 6(b) both the rise time and fall time are at 2.5 ns. 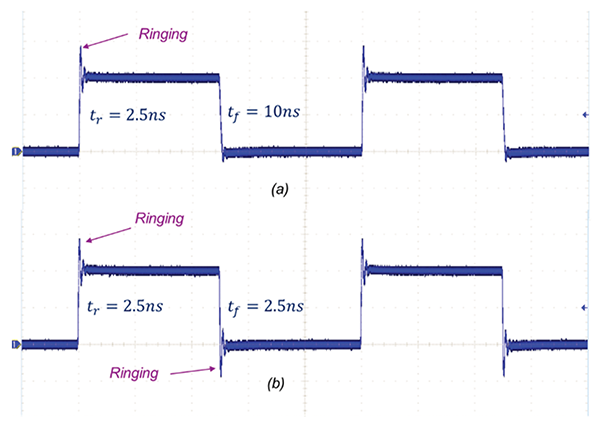 With the rise and/or fall time changed to 2.5 ns we observe a significant ringing present in the system.

Figure 7 shows the expanded view of the ringing waveform on the rising edge.

It is evident that the ringing waveform resembles an underdamped sinusoid described by Eq. (4).

It is very instructive and revealing to look at the current waveforms that can be captured using an H-field probe, as shown in Figure 8. 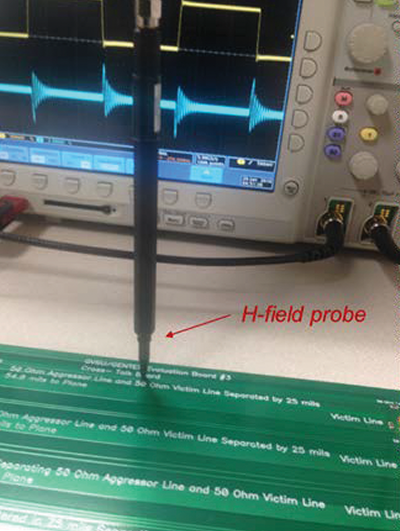 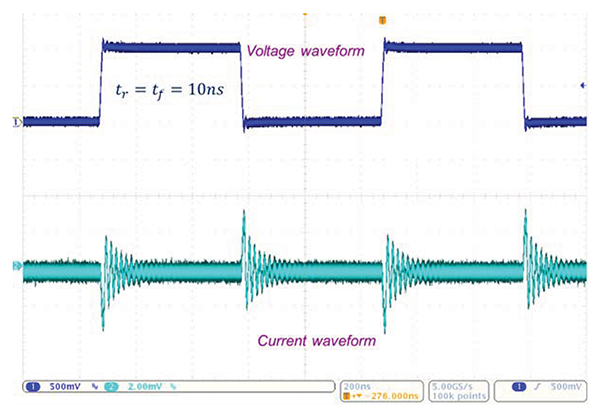 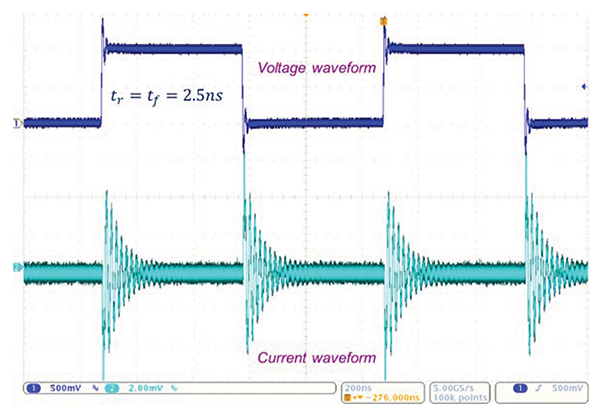 Note that the current waveform exhibits ringing in both cases, while the voltage waveform in the 10 ns case exhibits minimal or no noticeable ringing.