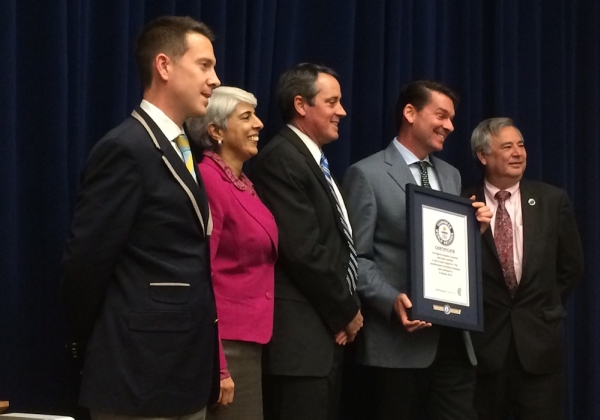 A new microchip developed by Northrop Grumman Corp. that operates at one trillion cycles per second, or one terahertz, has set a new Guinness World Record for the fastest microchip ever made. The chip broke a previous record of 850 gigahertz set by the same team in 2012.

The development of this new chip, known as an integrated circuit, was completed in three phases that took less than five years. The team first created a 670 Hz chip and then improved that chip to make an 850 Hz chip. The final phase of the project concluded with this new chip reaching one terahertz. Potential applications include aircraft imaging systems and high-resolution medical imaging.

Read more about the record-breaking microchip.