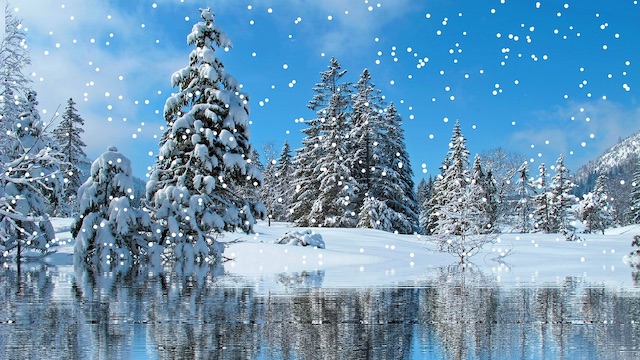 Scientists at UCLA have created a device that is capable of taking falling snow and turning it into electricity. The device is small, inexpensive, and easy to fabricate. It does not require batteries to operate, and is capable of simultaneously providing information on the amount of snow falling, the rate and direction of the snowfall, and the speed of the wind.

The snow-based triboelectric nanogenerator (snow-TENG) generates charge thanks to static electricity. It is capable of producing energy through the exchange of electrons. Since snow is positively charged and gives up electrons, scientists created a material that was negatively charged. The synthetic material is constructed out of silicon and oxygen atoms, which scientists then combined with carbon, hydrogen, and other assorted elements. As snow falls and comes into contact with the material, it creates a charge that the device captures. This charge is then turned into electricity.

“Snow is already charged, so we thought, why not bring another material with the opposite charge and extract the charge to create electricity? While snow likes to give up electrons, the performance of the device depends on the efficiency of the other material at extracting these electrons. After testing a large number of materials including aluminum foils and Teflon, we found that silicone produces more charge than any other material.”

The device features an electrode as well as a triboelectric layer, and is both flexible and stretchable. With the single electrode mode, it is capable of generating an instantaneous output power density of up to 0.2mW/m2. It can also generate an open circuit voltage of up to 8V.

Scientists think this technology has the potential to serve as a monitor for the performance of athletes in a variety of winter sports. The device could pick up on the minute movements of runners or skiers, providing athletes with data that would help them to improve their performance. And since the device is self-powered, they wouldn’t have to worry about replacing the battery.

Scientists are now working to streamline and commercialize the process of creating the device, which relies on 3D printing. Due to the easy availability of silicone, they believe that commercialization and mass production should be relatively simple and inexpensive.