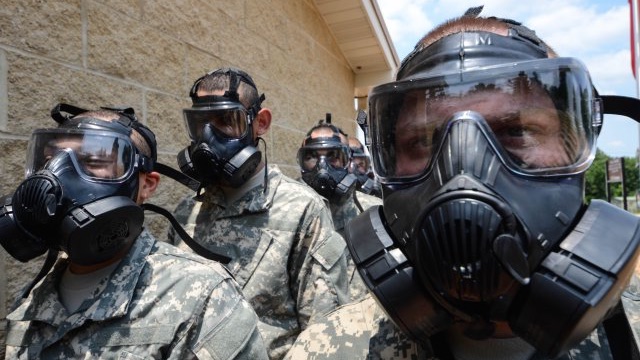 Scientists at the U.S. Naval Research Laboratory (NRL) have designed a new phase-changing form of semiconductors. The interdisciplinary team has proven that anatomically thin semiconductors known as 2D Transition Metal Dichalcogenides (TMDs) change from the semiconductor to metallic phase if exposed to airborne chemical vapors. This revelation could be used to design and build a new class of chemical vapor sensors.

This discovery is particularly exciting in regards to advances in technology, as the new Monolayer TMDs could be used to create inexpensive, flexible, and high-performance devices. Perhaps more significantly, these new chemical vapor sensors have the potential to be far more sensitive than current models, allowing for a wider range of uses on battlefields.

“These materials are extremely promising for chemical vapor sensing applications because the inherent few-atom-thickness of the material greatly enhances their sensitivity to even the smallest surface disturbance.”

The Monolayer TMDs include an assortment of properties that their bulk material equivalents simply don’t possess. They contain insulators, semiconductors, metals, and assorted other materials. Scientists learned that certain films responded strangely to a class of analytes when exposed to a charge transfer. This class of analytes includes nerve agents, making it of particular use in a military setting.

The scientists learned that moderate exposure to the analytes completely stopped the conductance response in their devices. At the same time, the overall magnitude of the conductance increased significantly. This indicated a phase change was occurring. The discovery this behavior has opened up an assortment of potential devices and technologies. Scientists believe that if the phase transition can be appropriately controlled, it could result in high-tech, low-power, flexible chemical vapor sensor devices.

The new models would be able to combine passive-type optical measurements with active conductance measurements. This would allow soldiers to identify a variety of analyte vapors using the same device. The technology could also be used to identify chemical compounds and potentially dangerous vapors.