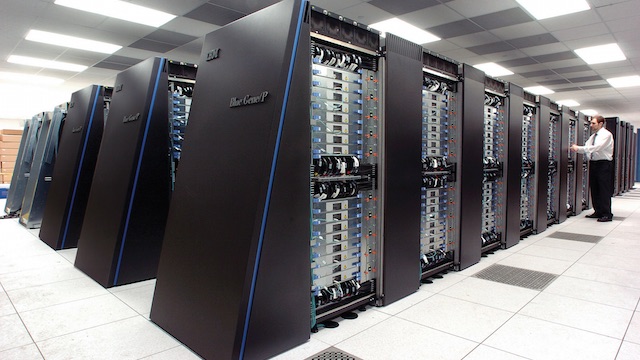 Researchers from Purdue University have designed a new type of cooling system. This system, which is ideal for supercomputers and high-performance radars, uses a liquid coolant to keep everything running smoothly. If successful, this design could be a breakthrough for a variety of advanced technologies.

Traditional methods for keeping devices cool tend to be hit-or-miss. They typically use finned metal plates known as heat sinks. These are attached to the computer chips, and dissipate any heat. While they generally work, these techniques are not particularly efficient — particularly in the case of high-performance electronics, which can generate an astonishing amount of heat very quickly.

“You can pack only so much computing power into a single chip, so stacking chips on top of each other is one way of increasing performance. This presents a cooling challenge because if you have layers of many chips, normally each one of these would have its own system attached on top of it to draw out heat. As soon as you have even two chips stacked on top of each other the bottom one has to operate with significantly less power because it can’t be cooled directly.”

Justin A. Weibel, research associate professor in Purdue's School of Mechanical Engineering, and co-investigator on the project

Scientists determined that the only viable solution was to embed the cooling system inside the stack of chips. The project was funded thanks to the US Defense Advanced Research Projects Agency (DARPA), which provided the team with $2 million over the course of four years. One of the major concerns of DARPA was whether the cooling system would be able to handle chips generating a kilowatt of heat per square centimeter. That’s more than ten times what can be expected from a traditional high-performance computer.

To work, the system relies on a commercial refrigerant known as HFE-7100. This substance is known as a dielectric, or electrically insulating fluid. That means it won’t cause a short-circuit in the electronics (which is of particular importance when working with radars and supercomputers). The fluid is circulated over the heat source, causing it to boil within microchannels designed for this very purpose. This means that the device is cooled quickly and effectively.

Further testing is still ongoing, but this revolutionary design could spell the end of attaching cooling devices to computer chips.