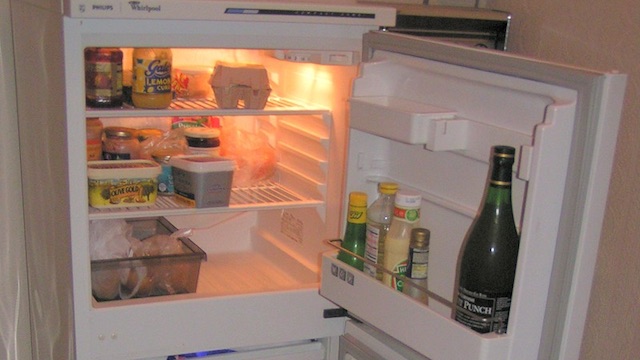 Scientists from Pennsylvania State University have designed and built a revolutionary new electrocaloric refrigerator. This refrigerator could prove more effective than current cooling methods, and could possibly be the first step in replacing current cooling devices.

The new electrocaloric fridge is roughly the size of a drink coaster, and is capable of generating a temperature difference of about 2 K between the hot and cold ends of the device. To achieve the cooling effect, the device applies and removes an electric field to a material. This allows it to increase an decrease the temperature of the material as needed.

This is not the first electrocaloric cooling device, but it is the first to not rely on active regenerators. Active regenerators tend to experience heat loss, which can prove problematic for cooling devices. The new electrocaloric fridge instead uses ceramic rings. Each ring is made up about about a dozen coin-sized elements. The rings revolve in opposite directions a few times per minute. As the elements in a ring rotate towards the hot end, an electric field causes them to eject heat. When the elements move to the cold end, the elements absorb heat.

The device demonstrates a regeneration factor on the level of the best current similar cooling devices. This design could be utilized in numerous different types of devices, from air conditioners and refrigerators to medical appliances and electric vehicles.

The next step is perfecting and streamlining the electrocaloric cooling device. Improved designs call for technology a bit more advanced than the current ceramic rings the prototype relied on. Scientists are confident that better material and more rings will make the device work even faster and more effectively. Additionally, scientists are investigating and developing ceramic rings capable of having large electrocaloric effects; these could be incorporated into the design with relative ease, creating a faster and better model of the prototype. Soon all our cooling devices could be replaced by this new electrocaloric cooling technology.