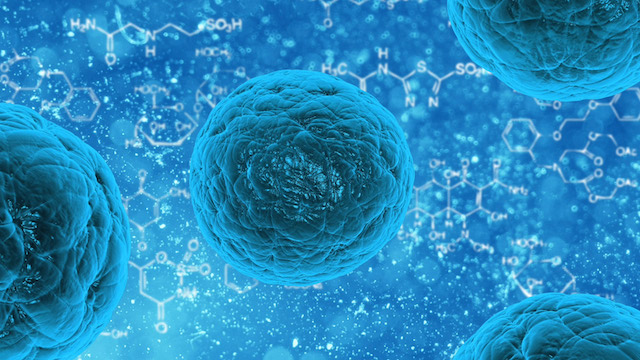 Scientists have created electronic devices small enough to fit inside individual cells. These devices, which could one day help people to track and study cellular behavior in real time, are an enormous step forward in the field of medical technology. The electronics are radio-frequency identification tags (RFIDs), and they could change the way we understand and interact with a host of deadly diseases.

RFIDs are not new technology. Typically the tags involve an antenna attached to a microchip. The microchip is read by a nearby transceiver, which is capable of emitting electromagnetic signals at the tags. The tags then respond with an assortment of data that the transceiver then analyzes and decodes. Most RFIDs are not powered by batteries, but instead depend on the energy generated from the transceivers. While these tags have a wide variety of uses, they are generally still too large for medical purposes. The new generation of tags changes all that.

The RFID tags have been shrunk down to a mere 22 microns in width. To give you some perspective, that’s about one-fifth the diameter of the average human hair. They are now the smallest known RFID tags in existence, and their tiny size hides some powerful capabilities.

The new RFIDs are composed of two layers of metal (titanium and gold film, and aluminum) which surround an electrically insulating layer of hafnium dioxide. All of these layers are just a few nanometers in thickness. The tags are shaped like octagons, which allows them to more effectively interact with the magnetic fields from transceivers. All the materials are covered in silicon dioxide, which allows for safaer biological application and usage.

These tiny devices are capable of tagging and observing a variety of cells, and sending extensive data back to waiting transceivers. They are still larger than many cells however, and scientists are working hard to effectively shrink them without sacrificing their ability to function.

The next step for scientists involved tagging living cells. These cells will be tracked and analyzed with even smaller tags. This would theoretically allow scientists an heretofore unprecedented view of cells both healthy and diseased. With this new knowledge, scientists and researchers would be able to start treatment for numerous diseases earlier, and with a far greater probability of success.