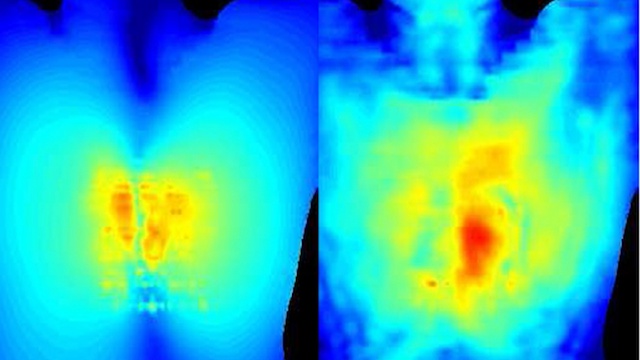 Stanford  University engineers have crafted an incredibly small, wirelessly powered cardiac device that could help lead to smaller medical implants. The device receives its charge wirelessly from radio waves. These waves are transmitted outside the body, while the millimeter-sized device is implanted on the surface of the patient’s heart, five centimeters inside the chest. Engineers believe their research on this subject could lead to a whole range of tiny, wirelessly powered medical devices.

To achieve this goal, engineers used a combination of radiative and inductive transmissions of power. These are two different types of electromagnetic transfers. In both cases, radio waves are sent via a transmitter to a coil of wire. The wire, which has been inserted into the patient, will turn those radio waves into an electrical current. This current is what powers the small cardiac device.

For a long time, there were serious questions as to whether such a device could actually function. Current mathematical models asserted that it was impossible for high-frequency radio waves to penetrate deeply enough into human tissue to charge implanted devices. However, Stanford engineers proved otherwise. They demonstrated that while human tissue does cause electric fields to quickly disperse, radio waves don’t have the same issues. By traveling as waves that alternate between magnetic and electric fields, high-frequency radio waves are actually capable of penetrating human tissue far more deeply than previously imagined.

“In fact, to achieve greater power efficiency, it is actually advantageous that human tissue is a very poor electrical conductor. If it were a good conductor, it would absorb energy, create heating and prevent sufficient power from reaching the implant.”

Sanghoek Kim, doctoral candidate at Stanford Engineering and first author on the paper

Stanford engineers believe that their research could lead the way to entirely wireless medical implants. Besides implants designed for cardiac health like permanent pacemakers, researchers are investigating how their technology could be utilized to create swallowable endoscopes and precision stimulators for the brain.

For now, the engineers behind this innovation are working on optimizing their creation. The latest version of their design includes a transmit antenna structure that allows the device to focus radio waves directly towards where the device has been implanted in a human body. This simultaneously increases the electric field where the device needs it, while also reducing tissue heating so that temperatures remain within IEEE standards for such implants.