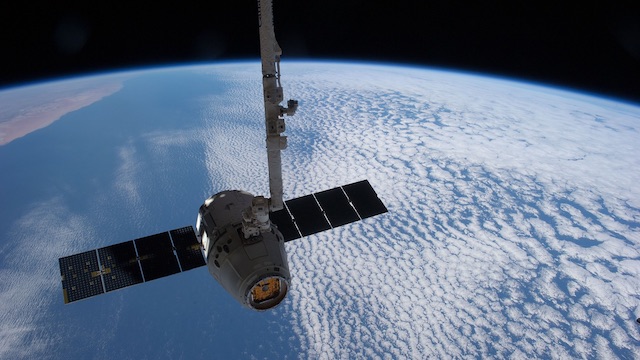 The satellites will be placed in a lower orbit than originally planned. Back in 2018, the company received FCC approval to place 4,425 Starlink satellites between 690-825 miles into space. However, SpaceX quickly revised its plan and opted instead to place 1,584 of their Starlink satellites much closer to Earth at about 340 miles.

The company has stated that there are distinct advantages to opting for a lower orbit. According to reports, the reduced orbit distance will reduce the number of satellites needed for the system to function, and will reduce latency down to a mere 15 milliseconds. Additionally, a lower orbit means that should any satellites lose their position, they won’t run the risk of turning into space junk and negatively impacting NASA technology. Instead, the erstwhile satellites will simply burn up.

“This approval underscores the FCC’s confidence in SpaceX’s plans to deploy its next-generation satellite constellation and connect people around the world with reliable and affordable broadband service.”

But not everyone is excited about SpaceX’s plan to bring reliable broadband service to the world. Several competing satellite firms filed against the Starlink plan, complaining to the FCC that the proposed lower orbit could cause significant interference in their own systems. OneWeb and Kepler Communications even stated that the SpaceX plan could lead to midair collisions.

Despite these misgivings, the FCC still granted approval to SpaceX. In their official statement, they made it clear that the risk of collision was appropriately low, and the benefits of the potential internet streaming outweighed any misgivings the organization might have.

SpaceX is poised to begin launching these satellites in May and hopes to have at least half of the total number launched within the next six years — a number that will be strictly enforced by the FCC. According to reports, the company is on track in terms of its timeline and expected to keep to the timeline outlined by the FCC.