Robotic Snake Learns How to Slither in Sand 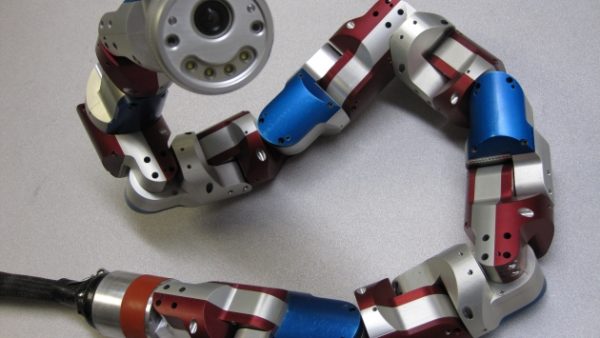 A team of engineers studied how sidewinder rattlesnakes can move in sand to teach their modular robot, Modsnake, how to move through sand. Real sidewinding snakes stretch their bodies out and stay low to the ground using a series of wave motions to move across sand.

The previous sidewinding gait of the robot snake used one horizontal and one vertical sine wave to move sideways. The engineers reprogrammed the Modsnake to deliver both horizontal and vertical waves throughout the snake’s body to move in a sideways manner. The robot snake was tested on a sandy slope and the engineers found that the steeper the angle, the more contact the snake’s body needs to be with the sand to move efficiently and not get stuck.

Watch a video to see how the modular robot snake moves through sand.