Researchers from Columbia Engineering are working on an innovative new way for brains and computers to interface. This project came about thanks to a $15.8 million four-year grant courtesy of the US Department of Defense’s Defense Advanced Research Projects Agency (DARPA), and is focused on the way biological systems interact with electronics. The results of this research could be life-changing for those living with a variety of disabilities and diseases.

The goal of this project is to create implantable device that will interface directly with the brain. Achieving this goal would allow scientists to essentially hack the human brain, improving and in some cases even restoring functions.

“If we are successful, the tiny size and massive scale of this device could provide the opportunity for transformational interfaces to the brain, including direct interfaces to the visual cortex that would allow patients who have lost their sight to discriminate complex patterns at unprecedented resolutions. This is a highly ambitious project for Columbia, indeed for all of us, and we are very excited to address such a challenging issue.” 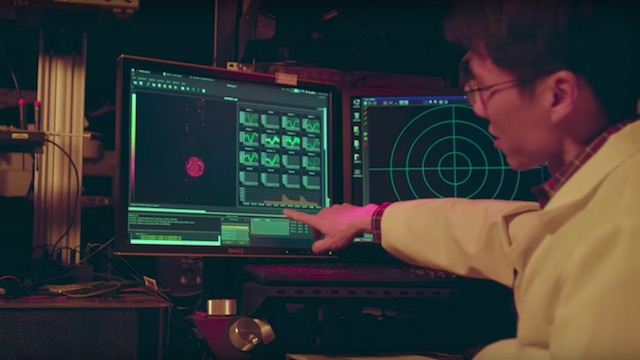 The project operates in DARPA’s Neural Engineering System Design (NESD), which is focused on creating implantable neural interfaces. The team will have four years to achieve this goal, and they’ve already confirmed that by the end of the term they expect to begin human testing. NESD is specifically interested in a device that would successfully record and stimulate the sensory cortex. To create such a device and remain as non-invasive as possible, the scientists are exploring the options offered by electrode architectures.

Once implanted, the chips will have numerous advantages over current designs. They will be made to conform to the surface of the brain, and be lightweight and bendable as well. Perhaps most significantly, the new chips will not have to penetrate the brain to function; instead, they will rest against the tissue and rely on wireless power to work and interface with the brain. This will be a significantly less invasive procedure, and reap greater rewards for both researchers and those suffering from diseases.

This project has just begun, but it could change the world of medicine — and how we interface with the human brain — forever.