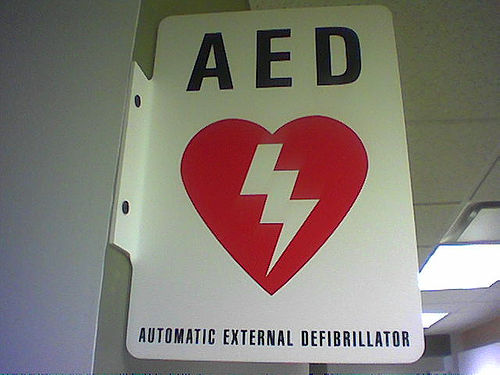 Although it wasn’t their original intent, researchers from the Johns Hopkins School of Medicine have developed a kinder, gentler defibrillator. Their work began a few years ago, with the goal of creating a defibrillator that would have less adverse effects on heart tissue. “We developed what we thought was a promising new electrical waveform that would stop dangerous arrhythmias by producing a transient electrical block in the heart while minimizing any cardiac injury,” says Dr. Leslie Tung, of the Department of Biomedical Engineering.

However, the new device didn’t work as the researchers had hoped, and they continued to brainstorm. Rather than abandon their project, they took a new approach to lessen the pain that patients experience during defibrillation. Tung and colleague Dr. Ronald Berger discovered that the excruciating pain didn’t stem from the arrhythmic heart, but was actually produced throughout the skeletal muscles that contract as they absorb the electrical jolt intended to jump start the heart.

So, in order to make this life-saving procedure less painful, the team developed a new type of electrical pulse consisting of a two-step pulse instead of the conventional single step pulse that is currently used. The first pulse is relatively weak, which preconditions the skeletal muscles for the second, stronger pulse. The “warm up” pulse tricks the muscles so that by the time the more powerful pulse surges, the skeletal muscles don’t feel the extreme shock. “We found that an initial pulse in the range of 10–50 volts was sufficient to pre-condition the skeletal muscle, minimizing the subsequent response to the 500–800 volt shock that follows,” says Tung. After several years of work, the researchers are now preparing to test the new medical device on humans.