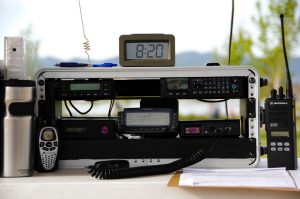 The U.K. national membership organization for amateur radio enthusiasts, the Radio Society of Great Britain (RSGB), has issued a statement regarding telecommunications regulator Ofcom’s proposed rules for reducing interference from power line networks. Ofcom’s new guidelines would allow them to shut down power line networks if the electromagnetic radiation interferes with radio signals.

Interference regulations in the U.K. are made under the Wireless Telegraphy Act (WTA), the same act under which RSGB licenses are covered. This is distinct from the Electromagnetic Compatability (EMC) and Radio and telecommunications Terminal Equipment (RTTE) directives, which outline rules for new products. The WTA, on the otherhand, covers cases in which products that are already on the marketplace cause EMI because they are being used incorrectly.

In their statement, the RSGB said that Ofcom’s current rules are outdated and don’t cover modern technology. They strongly support the proposed updates and suggest that even stronger regulation would be best.