Lithium-Oxygen Battery is 90 Percent Efficient, can be Recharged 2000+ Times 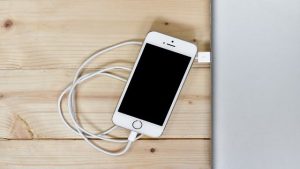 Lithium-air batteries have the potential to be the ultimate battery, with ten times the storage capacity of their lithium-ion counterparts. Scientists at the University of Cambridge in the U.K. have now developed a prototype of a lithium-oxygen battery that is more than 90 percent efficient, with high energy density and the ability to be recharged more than 2,000 times.

Swapping air for ions could drastically improve the battery life of consumer electronics, electric vehicles, and even provide grid-scale storage for solar power. As most of us know all too well, lithium-ion batteries need to be charged frequently and their capacity deteriorates with age. Lithium-air batteries, on the other hand, have a high energy density, so they are a much better choice. Theoretically.  Unfortunately, it’s all a bit too good to be true, and scientists have struggled with making these batteries work in real life. Before lithium-air can become a practical option, several challenges need to be addressed. Previous attempts at this kind of battery have struggled with low efficiency, poor rate performance, unwanted chemical reactions, and the fact that they can only be cycled in pure oxygen. The Cambridge team has now demonstrated several solutions to the problems that have held back lithium-air batteries in the past.

To make the new and improved lithium-oxygen battery, the scientists changed the chemistry (using lithium hydroxide instead of lithium peroxide) and precisely engineered the electrode’s structure. The prototype has a highly porous carbon electrode made of graphene, the 2D version of carbon that is quickly becoming the cure-all for any electronic dilemma. The battery also has additives that help stabilize the chemical reactions.

These improvements reduced the battery’s voltage gap and increased its capacity, proving that the obstacles that have hindered lithium-air batteries can actually be overcome. Despite these advances, the scientists say that more issues remain, including finding a way to protect the metal electrode so that it doesn’t form dendrites—thin, conductive filaments that can cause batteries to explode if they grow too much and short-circuit the battery. Additionally, the prototype can only be cycled in pure oxygen, which isn’t practical in the real world, where the air also contains carbon dioxide, nitrogen and moisture. Because of these remaining challenges, the scientists say that a practical lithium-air battery is still at least a decade away.