CPSC and UL Warn Consumers That Hoverboards are Not Certified, Despite Some Misleading UL Marks 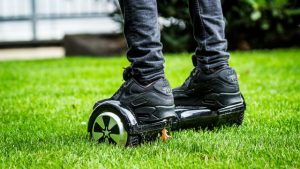 They have been banned from airlines, college campuses, and New York City, but hoverboards are still being sold by many retailers. These popular scooters (which don’t actually hover, per se) aren’t just dangerous because of obvious fall hazards; they can also spontaneously catch on fire while they are charging, resting, or even while people are riding them. The Consumer Product Safety Commission (CPSC) is actively investigating the safety of hoverboards made by several manufacturers. In the meantime, there are no safety standards for hoverboards yet, although some manufacturers have included misleading UL marks.

To clarify any confusion, CPSC Chairman Elliot F. Kaye recently issued a statement reminding consumers that UL marks on hoverboards or their packaging are not good indicators of the product’s safety, and they could actually be a sign of a counterfeit product.

A CPSC investigation is now in full swing. Chairman Kaye said, “CPSC staff is focusing on the components of the lithium-ion battery packs as well as their interaction with the circuit boards inside the units. CPSC staff has consulted with test laboratories, lithium-ion battery representatives and other outside experts to verify safe design practices for use of lithium-ion batteries in hoverboards.”

For now, some retailers have stopped selling hoverboards, and Amazon has even gone as far as allowing customers to return hoverboards for a full refund. ASTM International and UL are planning to development of standards so that hoverboards will have safety regulation in the future.