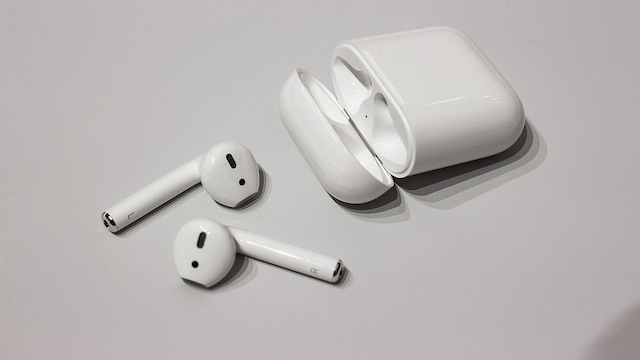 Wireless earbuds have enjoyed increasing popularity over the years (particularly as we continue to ditch any technology with too many cords). But while people love the sleek style and advanced technology, truly effective wireless earbuds are easier to envision than create. In fact, two of the major developers of wireless earbuds were forced to delay their products during the highly lucrative holiday season. Here’s why these earbuds may not be music to everyone’s ears.

Doppler One and Apple both had to put a halt on their highly-touted wireless production, resulting in major delays. Doppler One’s Here Now headphones are expected to be released in early 2017, while Apple has just managed to squeak in as a last-minute shopping option as the holidays run down to the wire. Both companies stated that they didn’t want to put out a product that was less than perfect, alluding to technical difficulties that could severely impair the effectiveness of the wireless earbuds.

So what caused these two major businesses to have such big trouble with these little devices? For Doppler One, it was an issue of connectivity; the two microphones built into the headphones need to sync up quickly and smoothly with the app that powers them. Although Apple has been decidedly tight-lipped about their technical difficulties, it’s safe to assume that the delay issue plagued them as well.

The problem with this delay (or latency) is that it throws off the delicate and highly complex balance between sound and technology; imagine the disorientation a listener could experience if one headphone played just a beat behind the other. Even if both earbuds play in harmony, the music mix itself can suffer. In the Doppler One model, the design uses Bluetooth to connect the devices and a technology called Near Field Magnetic Induction (NFMI) to create a smooth sound (its signal is resistant to the water in a human head, unlike Bluetooth, and increases the speed with which music reaches your ears).

Unfortunately, the two technologies can often end up working against each other. NFMI allows for better sound quality and virtually no latency, but Bluetooth is vital to connect the ear buds to the controller. Both technologies in such close quarters can actually cancel each other out — which is what the problem was this holiday season, especially considering the massive amount of products that had to be rolled out in a short period of time.

Both manufacturers managed to overcome these issues, although they declined to specify how. The running theory is they increased the size of some of the technology for easier rendering. We won’t be able to see for ourselves until both models are in stores, but these new design headaches and complications prove that making beautiful music is a lot harder than it looks.