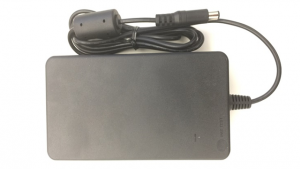 This recall expansion involves power supply units that serve as the power source for models of Zebra manufactured thermal industrial printers (sold under the Zebra brand, including co-branded or re-branded) used to make bar codes and other commercial labels. The recall was originally announced in December 2016 and is now being expanded to include power supply units manufactured by the FSP Group between October 1, 2006 and December 31, 2012. The Zebra logo or FSP North America logo, date code and part number are printed on the power supply unit.

Units were sold direct from Zebra and through Zebra distributors and resellers, including BlueStar Inc., Ingram Micro Data Capture Pos. Div., ScanSource and Wynit Distribution LLC, to businesses, hospitals and end-users from October 2006 through June 2013 for between $340 and $2,000 with Zebra printers and for about $130 as an aftermarket accessory.

The firm has received a total of 30 reports of the power supply units overheating or catching fire, including a fire that spread from the connector to the printer, damaging the printer and surrounding work space. No injuries have been reported.