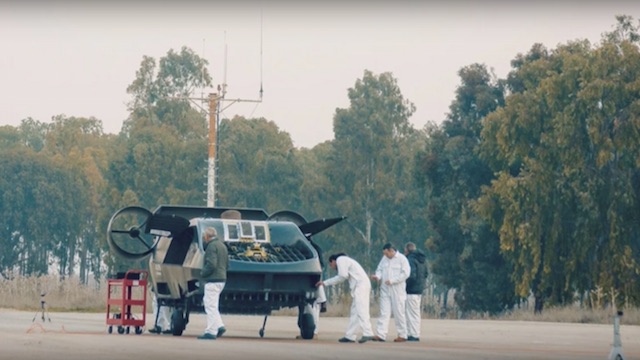 For those of us fed up with endless traffic and incompetent drivers, it might be time to get off the road permanently. Self-driving vehicles are on their way to becoming a regular part of daily life and are expected to make a grand appearance in the next few years, drastically cutting down on road congestion. But what about those of us who are sick of dealing with the problems of driving entirely? In that case, a new taxi might just give us the lift we’ve been waiting for.

Tactical Robotics is working on perfecting the flying car of the future. Instead of clogged highways, drivers would be able to soar through the skies in these self-driving taxis. And this month marked the first successful test flight of their aeronautic automobiles. Known as the Cormorant, this vehicle would be used for the transportation of military equipment and supplies. Pilots would no longer have to risk their lives when moving cargo through dangerous territory.

Unfortunately, this grand invention is not without its issues. Chief among them is complications with the sensors the Cormorant relies on for smooth sailing. While the vehicle should in theory be able to pilot itself, the team of engineers was forced to step in and manually override some of the more pressing problems. Although the Cormorant succeeded in achieving liftoff and landing all without a human pilot onboard, it was by no means a smooth trip. The two-minute flight was marred by jerky maneuvers that could prove disastrous in a real-life situation. However, Tactical Robotics is convinced that with tighter coding and a few clever tricks, the Cormorant will be soaring smoothly through the skies.

This could be a huge boon to the military industry as unmanned aircraft become more and more prevalent. And for those of us still stuck at ground-level and trapped in another traffic jam, stay strong: Airbus is working on an airborne version of Uber for the urban population. Whether for military means or simply to avoid be late for dinner, it looks like airborne taxis are on their way to a skyline near you.