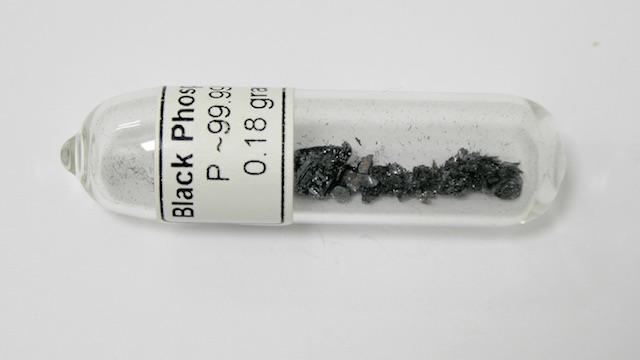 Black phosphorous has a long a rocky history. It was discovered almost 100 years ago, and largely ignored as it had no practical use. Then things turned around when it was considered as a viable alternative to replace silicon in major electronics. And now things have come full circle, with black phosphorous once again poised to replace silicon in many of our daily devices.

Silicon has long been a reliable tool in our electronics, but it is rapidly reaching its limits. As our devices get smaller and faster at an astonishing rate, silicon simply can’t keep up. Scientists have been looking for the next substance that can and will replace silicon in our technology — and black phosphorous is looking like a better and better option.

There are a few factors that make black phosphorous so useful for electronics. It’s incredibly thin, with a thickness of just a few atomic layers, which would make it ideal for our miniature technology. Black phosphorous can also carry electrical charges at a faster speed than silicon, which would help considerably as devices get faster and faster. Finally, black phosphorous has a band gap. This means that it can act as a semiconductor, turning off and on in the presence of an electric field. The band gap sets it apart from other contenders to replace silicon, making it the most viable alternative.

So if black phosphorous is so great, why did it take us this long to notice it? Simply put, technology: we lacked the ability to tune the material, limiting not only our knowledge of it, but our ability to manipulate it effectively. This study has turned that around, opening up the possibilities for black phosphorous in ways we never previously imagined.