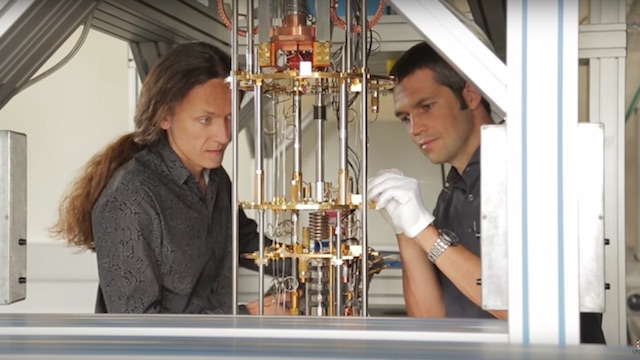 The qubit may be an unfamiliar term to you, unless you’ve been working in the realm of quantum computers. Simply put, the qubit (or quantum bit) is the unit of information utilized in quantum sciences. It has the rare ability to exist in two simultaneous quantum spaces; in theory this would allow computers to perform numerous tasks at a remarkably faster speed. Unfortunately this has been exclusively the realm of hypothetical possibilities, due to the inherent instability of qubits — at least until now.

Scientists at the University of New South Wales in Australia have discovered a way to increase the stability of qubits. By merging the spin of an electron from a single atom in silicon with a powerful electromagnetic field, the scientists were able to make qubits 10 times as stable as before. These much more durable qubits gave scientists the opportunity to read and process the data they carried, and have resulted in a huge leap forward in quantum computing.

“Quantum computing is one of the great challenges of the 21st century, manipulating nature at a subatomic level and pushing into the very edge of what is possible.”

Should these qubits become commonly used, quantum computers could finally live up the potential scientists and engineers have long believed in. With the right tools, these computers could be used for formerly impossible calculations and help us design complex algorithms at warp speed. Even the fastest current computers would be left in the digital dust by these high-tech, high-speed quantum computers. And the tiny qubit could be the key to unlocking this awesome potential.

UNSW scientists are currently experimenting with increasing the qubit’s stability even further, and determining its applicability for a wide range of scientific and engineering projects.

To learn more about qubits and the process scientists used to amp up their reliability, check out the video from University of New South Wales here.