Single-Atom Transistor May Pave The Way For Quantum Computing 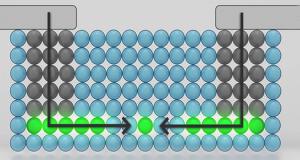 Engineers from NIST have designed a new method for creating single-atom transistors that could advance the field of quantum computing. In conjunction with researchers from the University of Maryland, the NIST team has successfully created a recipe for designing single-atom transistors. The step-by-step instructions will allow engineers to fabricate these atomic-scale devices, which could prove vital in laying the groundwork for quantum computing.

The team from NIST has already made a name for itself in the world of transistors. It is the second in the world to successfully create a single-atom transistor, and the first in the world that managed to fabricate single electron transistors that possess atom-scale control over the geometry of the device.

This recipe includes two completely new methods that have been created by the NIST. These include sealing phosphorous atoms with layers of silicon as well as making electrical contact with the embedded atoms. Both these techniques could help to create a process to reliably fabricate single-atom transistors on a scalable level.

“We believe our method of applying the layers provides more stable and precise atomic-scale devices.”

The NIST team also proved that they were able to minutely adjust the speed and rate of the flow of individual electrons through an electrical barrier or physical gap. This is known as quantum tunneling and is a distinct quantum phenomenon that engineers have long believed could prove a significant help in advancing quantum computing.