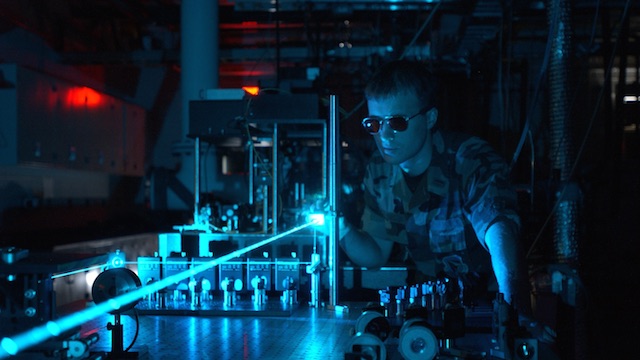 Scientists from Russia, Germany, and the United States have joined together to create a new type of metamaterial. This optical metamaterial is based off of gallium arsenide nanoparticles, and has huge implications for the transfer of information. By harnessing the power of this new metamaterial, we could soon have information transfers of tremendous data — in just a split second.

The metamaterial was created using a film of gallium arsenide. This was achieved using electron-beam lithography; afterwards, the film underwent plasma etching. The end result is a metamaterial that can be turned ‘off’ and ‘on,’ and is designed to concentrate light on the nanoscale. The metamaterial has speed on its side too; it can turn its properties off and on over 100 billion times per second. It’s this feature in particular that makes this man-made media so interesting to researchers, and so promising in regard to the future of our computer technology.

This research has enormous implications for the future of information transfer. By harnessing the power of this metamaterial, we could be able to enjoy processing speeds hundreds of times faster than we do now. Our machinery could process hundreds of terabytes in a second. Further research is required, but it is safe to say that this new metamaterial offers new and exciting options in the field of information technology.