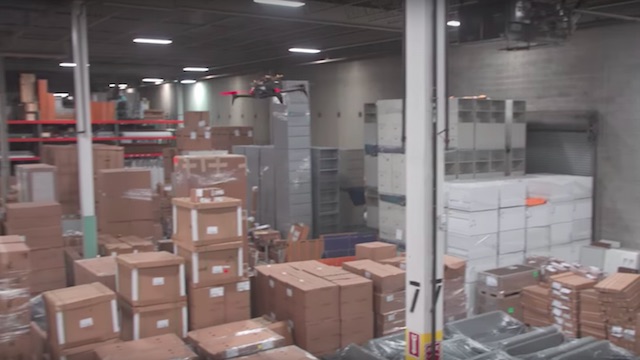 Researchers at the Massachusetts Institute of Technology (MIT) have developed a system that allows drones to accurately record and track inventory for retailer. The new system relies on a combination of radio frequency ID tags (RFID) and a new design of high-powered drones.

RFID tags might seem like the perfect way for companies to keep track of their inventory. RFID tags are battery-free, relying on power received wirelessly from nearby scanners. The tags broadcast certain identifying numbers, which allow warehouse managers to track and record their inventory quickly and easily. RFID tags are also incredibly inexpensive.

Despite these advantages, there have been some serious issues with utilizing RFID tags. A single mismatch between inventory records and actual stock can result in the loss of billions of dollars. Furthermore, it can take several months for large stores to perform a complete inventory review. This time lag has posed major problems when it comes to accurately tabulating inventory and stock.

Luckily, MIT researchers believe they’ve found the solution in the shape of some tiny drones. These small flying drones can read RFID tags from several meters away, while simultaneously identifying the location of the tags. Scientists believe that this new technology could be used to reduce the occurrence of inventory mismatches and help retailers accurately locate specific items.

There’s just one problem with this otherwise excellent solution: the only drones that are safe enough to fly close to humans are small, lightweight things — too small to be equipped with powerful RFID readers. Instead of increasing the size of the drones and risking injury to employees, the scientists opted for a more elegant solution. Rather than equipping the drones with the RFID readers themselves, the drones were instead used to relay signals emitted by the readers. Besides keeping employees safe from larger and more hazardous drones, this technology could be used in conjunction with existing RFID systems. That means companies didn’t need to invest in new readers, tags, or software systems.

Although further testing of the new inventory system is still needed, scientists are confident that combining drones with RFID tags is a sure way to reduce inventory issues and help keep companies on track.