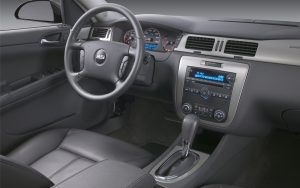 General Motors LLC (GM) has issued a recall for 2009-’10 Chevrolet Impalas due to potential damage of the wires to the passenger presence sensor (PPS) module resulting in a failure to deploy the air bag in the event of a crash. This recall affects approximately 289,000 vehicles manufactured from April 25, 2009 – February 16, 2010.

The recall was announced after a GM employee submitted an issue of intermittent loss of cluster gauges and potential for the passenger seat frame to come in contact with and damage the passenger presence sensor (PPS) module, causing the system to fail to recognize passenger occupancy and disabling the airbag. When this occurs, the air bag fuse may also become damaged resulting in a loss of all airbags and seat belt pretensioners causing significant risk of injury should an accident take place.

GM will notify vehicle owners and plan to remedy the issue by having the car dealer apply abrasion resistant tape to the wires or to replace the wires as needed.