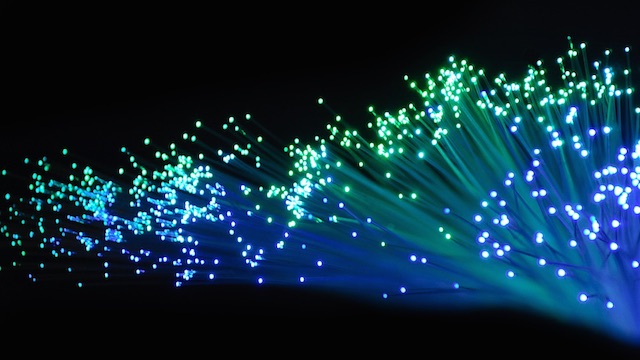 Scientists at Columbia University have invented a new method for controlling light propagation in waveguides. These waveguides, also known as confined pathways, are controlled and manipulated by a nano-antenna. The results have major implications for the world of optical communications.

Photonic integrated circuits are built using light instead of electrons. The light is used to transport data. Controlling the light and steering it in the correct directions, however, has always proven challenging. This new invention will give engineers the ability to manipulate the light with far greater ease. Ultimately this will lead to faster and more effective optical chips than we have ever seen before.

These devices have a simply huge optical bandwidth, allowing them to transmit an enormous amount of data. Even better, the devices themselves are smaller than previous versions. Light’s optical powers are contained within guided waves. The problem is that these waves are often large in size and difficult to manipulate. To gain any sort of control over them, scientists were forced to use large devices that were slow and challenging to control. This new device is smaller, sleeker, and uses the nano-antenna to control the waveguides.

The nano-antenna is truly the most impressive part of this new design. By decorating the waveguides with these antennas, scientists were able to pull light from directly inside the waveguide’s core. From there they could modify the light as needed before returning it to the waveguides. This method is far simpler and faster than the older ones, and a much more effective use of the waveguides. They can even convert the waveguides from one mode to another as needed.

What’s really exciting for scientists are the implications of this device and how the light can now be used. Experts believe that this new method of controlling light will have particular application in 3-D devices and screens, including 3-D goggles. The design could also be of use when designing on-chip chemical and biological sensing. There are many more possibilities out there, but one thing is for certain: optical communications will never be the same again.