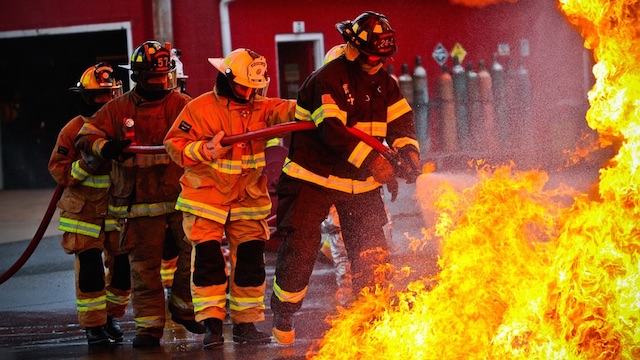 Firefighters risk their lives on a daily basis, in situations most of us can never imagine. And while they face dangers of all sorts, one of the deadliest and most pervasive is getting lost in burning buildings, unable to find their way to safety. When the threat is outdoors, firefighters can use GPS to stay on the right path and in contact; indoors, there is no such option. Now scientists believe they have developed a tracking system that could save the lives of those that run towards danger to help others. 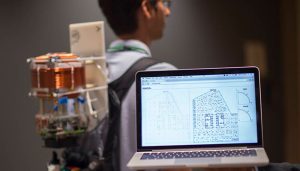 Scientists at NASA‘s Jet Propulsion Laboratory have been working on a new tracking device that can keep tabs on firefighters even when they enter buildings made of metal and steel. Called POINTER (Precision Outdoor and Indoor Navigation and Tracking for Emergency Responders), this new location device provides powerful support for first responders entering uncertain and often dangerous areas.

In the past, location devices have relied primarily on radio waves. These work fine in most situations, but become erratic and unreliable when steel and stone structures come into play. So the scientists tried another angle: electromagnetic fields. Quasistatic fields were initially dismissed because they have a short range of reliability, but their distinct advantages far outweigh their drawbacks. Of particular importance to the location services, these fields are not hampered by walls and can pass through steel and stone without sacrificing accuracy.

The scientific team focused on adjusting the fields based on specific needs of the firefighters. Unlike waves, fields can have their size and radius changed; they can even be made stationary. Perhaps most importantly, the POINTER devices can determine the orientation of a device. This means that those monitoring could see whether a firefighter was standing normally, or passed out on the floor — a distinction that could spell the difference between life and death.

POINTER is still being perfected (the mathematical algorithms needed to manipulate the fields have proved particularly tricky). Additionally, scientists are working on shrinking the technology so it is lighter and easier to carry. Right now it’s about the size of a backpack, which isn’t ideal for high risk situations. But initial testing has given positive results, and commercialization of the device is on its way. Soon when first responders rush into a burning building, they’ll have the technology they need watching their backs.