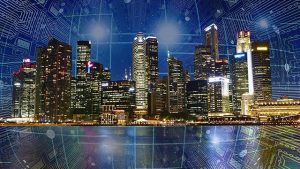 Image by Tumisu from Pixabay

Researchers from Lehigh University have come up with a novel concept for creating smart cities. Smart cities are locales where everything is digitally connected, from doors opening and shutting to lights automatically turning on and off. Smart cities have been called the future of urban development — and now scientists have a plan to make that dream a reality.

The issue with combining physical and cyber infrastructures to create a smart city is wireless communications. For a city to be truly smart, countless sensors will be required to track and analyze the movements of people as well as how they impact the city overall. That means a tremendous strain on available wireless communications.

Scientists have suggested the solution to this issue might lie in MIMO systems. MIMO (multiple input multiple output) technology involves using a huge number of antennas at a base station. These antennas communicate with remote stations and mobile users simultaneously. But instead of tons of antennas each operating on one radio frequency chain, scientists have suggested using another technology to reduce the number of radiofrequency chains overall, thus cutting costs and maximizing the data rate of the system.

This technology could be integrated with millimeter wave spectrum utilization (mmWave) to allow for an unprecedented data-rate increase. mmWave is an integral part of the system scientists are calling ‘novel hybrid precoding designs.’

“mmWave radio signals can emit much higher data rates than current cellular systems that operate in microwave bands. The wavelength is much shorter, and this allows for the use of smaller antennas. And, with smaller antennas, we design a large array connected directly to the transceiver. With this massive MIMO mmWave system in place, our hybrid precoding architectures are designed to achieve high spectral efficiency with low cost and power consumption.”

Chengshan Xiao, Professor and Chandler Weaver Chair of the Department of Electrical and Computer Engineering at Lehigh University

Scientists will continue to test and improve this new system in the hopes that it will soon be viable for use in smart cities around the country and even the world.