A New Model for Designing MIMO Antennas in Minutes 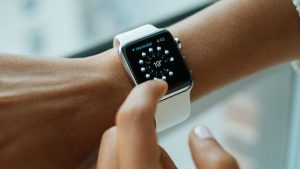 A new model could cut the amount of time it takes to design antennas for small devices down to minutes, rather than days. Researchers at North Carolina State University developed a new model to help make it easier for engineers to design the multi-input, multi-output (MIMO) antennas that are found in everything from smartphones to satellite arrays.

MIMO systems help devices maximize the available bandwidth by using multiple transmitters to send data on the same frequency. Receivers identify data based on the unique spatial paths that the radio waves travel. These systems can also allow for even more data to be transmitted by using more than one port. Making MIMO antennas work on small devices is difficult, however, because the ports are so close to each other that they can accidentally couple.

Our model produces nearly optimal results, and should save designers an enormous amount of time in reaching results that can be used to create prototypes or that could be refined using conventional modeling techniques.

The new model solves this problem by finding the most efficient points for probes to be located. It calculates the performance of each probe point to determine how efficient it would be for sending and receiving information and it identifies how susceptible each potential configuration would be to coupling. The paper, “Computing and Visualizing the Input Parameters of Arbitrary Planar Antennas Via Eigenfunctions,” is published in the journal IEEE Transactions on Antennas and Propagation.