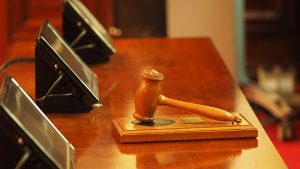 The owner of a Los Angeles-based electronic components business, PRB Logics Corporation, has been sentenced to 46 months in prison and ordered to pay $144,000 in restitution for the sale of counterfeit integrated circuits which were purchased by defense contractors for military use. Rogelio Vasquez, age 44, plead guilty to four felonies: one count of wire fraud, two counts of trafficking in counterfeit goods, and one count of trafficking in counterfeit military goods.

According to a press release, issued on May 30, 2019, by the department of U.S. Immigration and Customs Enforcement, Rogelio Vasquez knowingly acquired old and/or discarded integrated circuits (ICs) from Chinese suppliers that had been repainted and remarked with counterfeit logos to appear to be produced by manufacturers Xilinx, Analog Devices, and Intel. The devices were further remarked with altered date codes, lot codes, and country of origin to deceive customers and end users. Vasquez purchased the counterfeit ICs and then sold them to a defense subcontractor located in the United States, which were later sold to a defense contractor and ended up in a classified weapons system used by the U.S. Air Force.

Between November 2015 and May 2016, Vasquez sold a total of 106 counterfeit ICs to an undercover federal agent with the belief they would be used by the U.S. military. During court proceedings, Vasquez admitted he instructed his Chinese suppliers to remark ICs and also instructed a testing laboratory in China to provide two versions of its report – one of which accurately showed integrated circuit test results and the second of which was a “sanitized version” that did not contain results of “any visual inspection and permanency or other marking tests, which would have revealed that the ICs were used, remarked and/or in poor condition.”

“As this sentence makes clear, military procurement fraud is a serious crime that extends far beyond the financial losses to the DOD and U.S. taxpayers. This defendant committed a crime that seriously threatens the safety and readiness of our nation’s warfighters simply to line his own pockets. HSI will continue to aggressively target and investigate those who knowingly jeopardize our nation’s security or the welfare of those devoted to protecting it.”

The investigation was conducted by U.S. Immigration and Customs Enforcement’s (ICE) Homeland Security Investigations (HSI), U.S. Department of Defense, Office of Inspector General – Defense Criminal Investigative Service and the National Reconnaissance Office, Office of Inspector General. It was found that over the course of seven years, from July 2009 to May 2016, Vasquez trafficked more than 9,000 integrated circuits that totaled an infringement value of $894,218. The matter is being prosecuted by the U.S. Attorney, Central District of California’s Cyber and Intellectual Property Crimes and Asset Forfeiture Sections.