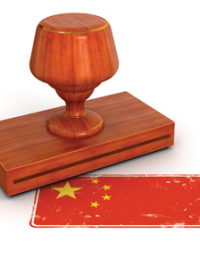 The Chinese government is implementing a series of reforms in various industries, including the process of certifying product for sale there. The purpose of these reforms is to open the certification and testing market, accelerate the certification process, and reduce the burden on manufacturers and importers seeking access to China’s vast and lucrative marketplace. The Certification and Accreditation Administration of the People’s Republic of China (CNCA) has announced several changes in its certification requirements for different product categories, and those changes are now in effect.

There are 21 product types in the current CCC category and each product category has its own set of requirements. The new regulations published in 2014 cover most product categories, and generally include the following changes:

Factories are now classified into different levels according to the following factors:

Certification mode involves the sequence of the CCC certification process, including the required factory inspection. Under the new regulations, most product categories now permit the awarding of a CCC certificate without waiting for the initial factor inspection to be conducted. For many manufacturers, this means receiving certification once the results of type testing have been approved.

As an example, Class I and Class II information technology, audio, video and telecom equipment (per GB 4943/IEC 60950) can now be certified upon the conclusion of type testing, with factory inspections to be conducted following certification. For equipment and devices other than Class I and Class II, certification can also be issued following successful type testing, with factory follow-up inspections to follow.

Generally, the first factory inspection must be completed within three months after the issuance of the CCC certificate. This means that any corrective actions identified during type testing must be addressed within that time as well.

Type Tests Can Be Conducted in Manufacturer’s Own Lab

Testing on Manufacturer’s Premises (TMP): Testing is conducted by the test engineer from the authorized CCC test lab.

Witness Manufacturer’s Testing (WMT): Testing is conducted by the manufacturer and witnessed by the authorized CCC test lab engineer.

Note that, in utilizing these options, manufacturer will still be responsible for the cost of travel expenses and witness fees for the representative from the authorized CCC testing laboratory. Further, TMP or WMT accreditation require periodic auditing by the certification body. Finally, the capacity of the laboratory may be too limited to conduct all aspects of the required testing. In these cases, remaining tests will still need to be conducted by the CNCA-approved testing laboratory.

Self-Made Components—Self-made components that come under a CCC category may be tested as part of the end product, rather than requiring a separate CCC certificate first. For example, if the end product is a server, and the manufacturer also produces the server power supply that will only be used in the server, the power supply does not require separate certification.

Other Issues—There are also some minor changes in the new regulation. Specifically, OEM/ODM agreements need to signed by the applicant, the manufacturer and the factory. Also, “factory quality control capability self-declaration” needs to be submitted in advance of the actual factory inspection.

Preparing for the Changes

If your factory maintains an ISO 9001-certtified quality control system and the product consistency is stable, you can take the advantage of the new regulation and apply for the new certification mode, that is, conduct the factory inspection after CCC certification. This is a good change especially for new factories located outside of China, since it may save a minimum of two to three months compared with the original process. On the other hand, your factory must be well prepared for the inspection, since an inspection failure may delay the release of the CCC certificate. Of course, if you have doubts about the ability of your factory to pass inspection, you can also choose to pursue the original certification route, and have the initial factory inspection conducted first.

For factories with test labs…

You can expand your test lab capabilities to conduct WMT or TMP testing. This is good for companies that manufacturer large equipment that is difficult to ship or complicated to configure. But the test lab capability must cover all related GB standards to avoid the need to ship samples to a separate testing laboratory for additional testing. Testing fees may also be less compared with the cost of testing products in China-based testing laboratories, but you will still incur witness fees and travel expenses related to WMT or TMP testing. If you have multiple models to be certified, you can apply for this test mode and conduct witness test at one time. If the test sample is easy to ship, testing in China-based testing laboratories may still be a good choice.

Paul Wang is the technical director for G&M Compliance, focusing primarily on China certifications including CCC, SRRC, NAL, CFDA and China RoHS. He can be reached at paulwang@gmcompliance.com. 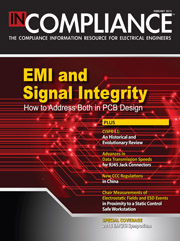