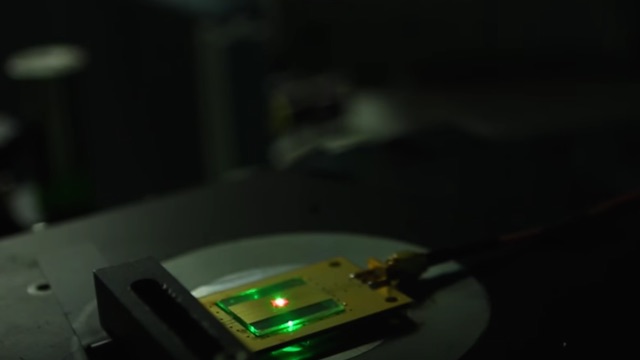 As anyone who works with technology should know, size doesn’t matter — at least not the way we usually think. From the smallest and most minuscule of devices can come enormous power and potential. And scientists have once again proven this to be true by designing the world’s smallest radio receiver, a creation of truly tiny proportions.

A team of scientists from the Harvard John A. Paulson School of Engineering and Applied Sciences has successfully designed the smallest radio receiver in the world. ‘Small’ doesn’t really accurately convey the dimensions these scientists worked with: the building blocks of the receiver are the size of two atoms, and the whole thing was constructed from atomic-scale defects in pink diamonds.

Although it’s remarkably small in dimensions, this radio receiver is made of tough stuff. It can withstand harsh environments with no compromise of its abilities. How can something so small be so durable? It’s part of its makeup; scientists developed the device from nitrogen-vacancy centers, or tiny imperfections in diamonds. The work was exhaustively detail-oriented, involving replacing a single carbon atom with a nitrogen atom, and then removing an additional atom.

The end result of all this microscopic work is basically a nitrogen atom with a hole in it. And for such a small creation it has a long list of uses. Top among them is its quantum computing potential: these atoms are photoluminescent, can detect magnetic fields, and are capable of emitting single photons. These unique capabilities make it ideal for radio receiving.

Green light is sent into the atom through a laser; the light energizes the electrons in the atom. From there, radio waves are sent through the nitrogen atom. The atom converts the radio waves into a red light, which can then be transformed back into audio waves by a common photodiode. From there, the radio waves can be transmitted to nearby speakers or headphones. Want to change the radio station? The electromagnetic field makes that as simple as pushing a button.

It’s an impressive feat for any piece of technology, but particularly for something of such a small size. Scientists believe that this modern marvel could have countless applications, from biomedical research to deep space exploration.

Check out this video for even more information on the big things we can expect from the world’s smallest radio receiver.