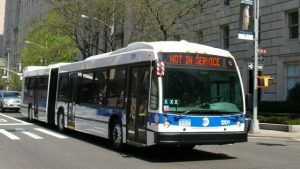 Two transit bus companies have just announced recalls related to windshield wiper problems. In both cases, the windshield wipers can become inoperative, which could reduce visibility and therefore increase the risk of a crash.

Nova Bus is recalling certain model year 2014-2016 LFS and LFS Artic vehicles because the pin on the wiper idler arm may strip, causing the windshield wipers to become inoperative. Nova will notify owners, and dealers will replace the wiper idler arm, free of charge.

At the same time, Stallion Bus and Transit Corp. is recalling certain model year 2013 900 series transit buses because overcurrent or voltage protection circuits of the 12 volt to 24 volt power converter on the wiper system can erroneously be activated. If this occurs, when the wiper speed is changed, the wipers can lose power and stop working. All of Stallion’s affected buses were already repaired in April 2014. According to a NHTSA report, the remedy included “removing a resister and diode from the PCB in the power converter to deactivate the protection circuits. The power converter was still protected from overcurrent and voltage by fuses before and after the converter, without the internal protection.”