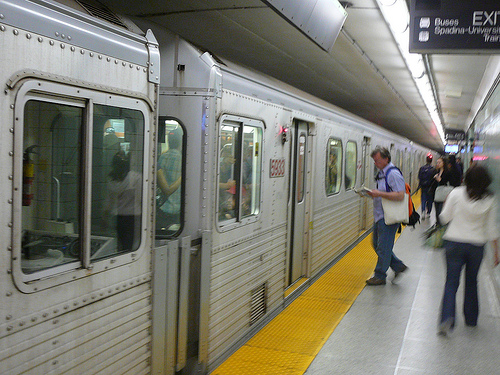 More than 125,000 people were stranded during a rainy Monday morning commute in Toronto this week. Starting at 5:30 a.m., the Toronto Transportation Commission (TTC) communication systems failed, which meant that all subway lines stopped running and the TTC lost internet and phone connections. Authorities are blaming the commuting disaster on a short circuit. They say the problem occurred in a circuit board in a transfer switch between the main system and the backup power system. A TTC statement explains that the control center, “experienced a power failure that activated the uninterrupted power supply (UPS). A failure within the UPS caused its battery system to drain, preventing power from getting to critical communications systems.”

The loss of communication was an obvious safety hazard, so none of the trains could run until power was restored. Without internet access, the TTC couldn’t even use their digital alert system to keep commuters posted on the progress. Even if they could have sent an alert, we doubt it would have been very helpful. There was no backup shuttle service during the outage. The TTC gave several excuses for the lack of shuttle service: the lack of a radio system while systems were down, wanting to avoid adding additional traffic to the already-congested streets, and simply because the city did not have enough buses available.

Due to major communication issues, all four subway lines are not operating. Update to follow.

Ninety-five minutes after the early morning power failure, the system was restored, and trains resumed service, although there were residual delays throughout the rest of the day. Toronto has not invested in public transportation in recent decades, and the TTC faces an additional two percent budget cut in the year ahead. All things considered, it doesn’t seem fair to throw one little circuit board under the bus, so to speak.