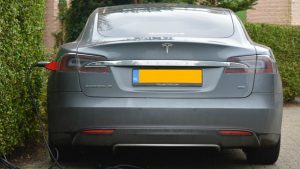 NHTSA is investigating the performance of Tesla’s Autopilot system after a driver was killed in a recent crash that occurred while his Model S was in Autopilot mode. The car was hit by a tractor trailer on a divided highway. According to Tesla: “Neither Autopilot nor the driver noticed the white side of the tractor trailer against a brightly lit sky, so the brake was not applied.”

Tesla enabled Autopilot in October 2015 as part of a long-term plan to gradually roll out autonomous technology. This particular feature allows cars to steer and park themselves in certain conditions. However, it is still in a public beta phase, and Tesla has repeatedly stated that drivers are ultimately responsible. When autopilot is enabled, drivers are supposed to keep their hands on the wheel. If they don’t, the car will warn them with a light and an audio alert. If drivers continue to ignore the warnings, the car will eventually slow down and shut itself off.

In a blog post titled “A Tragic Loss,” Tesla wrote:

The customer who died in this crash had a loving family and we are beyond saddened by their loss. He was a friend to Tesla and the broader EV community, a person who spent his life focused on innovation and the promise of technology and who believed strongly in Tesla’s mission. We would like to extend our deepest sympathies to his family and friends.

This is the first known fatality involving Autopilot, although a couple of drivers have blamed Tesla’s self-driving feature for crashes.