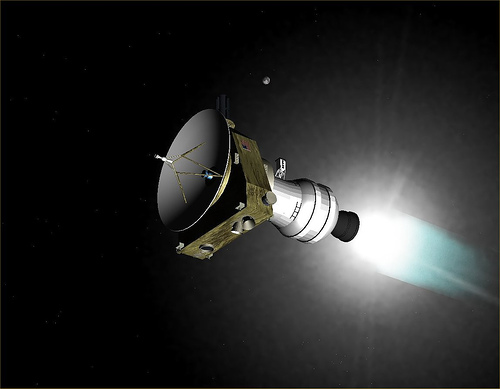 NASA is running low on plutonium-238, the radioactive material used to power long-term space missions such as Voyager, Curiosity, and New Horizons. Plutoium-238 is a byproduct of the process used to make nuclear weapons, so NASA has been using a stockpile from the Cold War. However, the supply has dwindled ever since the United States stopped developing nuclear weapons. Currently, NASA only has 37 pounds of plutonium-238 that is of high enough quality to use in the batteries that power spacecraft for long-term missions.

The Department of Energy (DOE) makes these batteries, called Multi-Mission Radioisotope Thermoelectric Generators, or MMRTGs, for NASA. They plan to produce new plutonium-238 soon, but the equipment is currently being repaired. Once production is resumed, it will take about three years to create enough material for one MMRTG. NASA plans to use one battery for the next visit to Mars in 2020, so that only leaves enough material for two more missions. Creating more plutonium-238 is one option, but in the meantime researchers are looking at alternative ways to power spacecraft in the future.