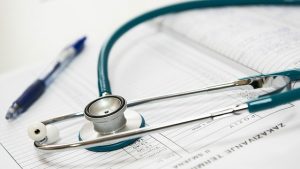 Australian researchers have created hybrid sound waves that could revolutionize vaccine administration and stem cell therapy. A team of acoustics experts at RMIT University combined two different types of sound waves to create “surface reflected bulk waves” – which they say is the first new class of sound waves in more than 50 years.

The researchers combined bulk and surface waves to make a new sound wave that is powerful, but gentle. They are already using the new waves in a device called HYDRA, which converts electricity passing through a piezoelectric chip into mechanical vibration, or sound waves, a process that breaks a liquid into a fine mist than can easily be inhaled. “It’s basically ‘yelling’ at the liquid so it vibrates, breaking it down into vapor,” RMIT researcher Dr Amgad Rezk explained.

They have incorporated this technology in a nebulizer and found that medicine can be inhaled in just 30 seconds, compared to the 30 minutes required by previous techniques. It could be used to administer vaccines without needles, to deliver precise drug doses to patients with asthma and cystic fibrosis, or to provide insulin for managing diabetes. The device could also potentially be used to treat lung disease by efficiently sending stem cells right to the damaged tissue where they are needed. The research has been published in the scientific journal Advanced Materials.