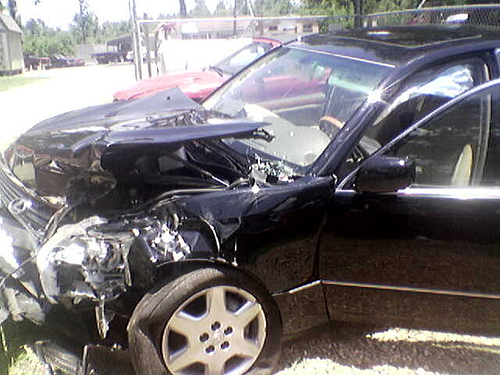 The owner of a 2009 Lexus ES350 is urging safety regulators to investigate unintended acceleration in his car and in similar vehicles. The consumer, Gopal Raghavan, is an electrical engineer from California who personally analyzed his car after it crashed in February, while his wife was pulling it into a parking spot. Raghavan’s wife and a witness say that the car accelerated on its own and crashed into bushes, smashing the front of the vehicle. The car was going slowly and no one was harmed.

Lexus already investigated the event data record and did not find any indication of a defect, but Raghavan disagrees. He claims the data recorder shows the revolutions per minute (rpm) doubled 1.6 seconds before the crash, even though the gas pedal sensor didn’t change, which indicates that the gas pedal was not pressed. Raghavan, who holds a doctorate degree from Stanford University, says his professional opinion is that the accelerator is either calculating an incorrect accelerator value or receiving a noise spike on the accelerator sensor. In his petition to the National Highway Traffic Safety Administration (NHTSA), he also provided event data recorder information from two other vehicles with similar incidents. In all three cases, the vehicles were traveling at 3.7 miles per hour when the engine rpm suddenly surged, even though the accelerator position didn’t change.

This is the latest of hundreds of complaints that the NHTSA has received over the last six years about unintended acceleration by Lexus and (parent company) Toyota vehicles. In 2009, a family was killed when a Lexus went off the road at 120 mph, while a passenger called 9-1-1 saying the driver could not get the vehicle to slow down. Following this incident, there were several lawsuits, million vehicles recalled, sales suspended, and a $1.2 billion penalty for Toyota hiding information from the NHTSA.

The root cause of the problem has remained unclear, with Toyota claiming that crashes were caused by mechanical problems such as floor mats trapping the accelerator, and NHTSA investigations concluding that in many crashes, the brakes were not pressed, which could indicate that drivers stomped on gas pedals instead of the brakes.

Still, allegations have continued. Throughout the last year, the NHTSA looked into 163 complaints about unintended acceleration in Corollas, including one in May from a Rhode Island engineer who submitted a similar petition to Raghavan’s recent request, in which he says that his car’s data recorder proved that the vehicle kept moving forward even when the brake pedal was pressed. The NHTSA closed the investigation after their tests did not find any defects in the Rhode Island engineer’s car. Now, the issue is back once again, as regulators research Raghavan’s petition and consider whether to open a full analysis.