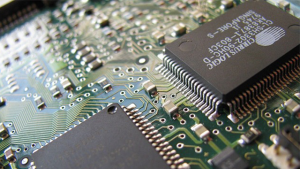 Heat loss is one of the biggest barriers to designing efficient electronics. To create more efficient integrated circuits, a team of Dutch and Belgian researchers turned to something that was previously thought to be impossible—they transmitted electric signals using a magnetic insulator.

Now, instead of trying to generate new spin waves, the researchers tweaked the circuit’s geometry and took advantage of the spin waves that are already present in the material due to thermal fluctuations. They found that when the spin is transferred, heat is also transferred. The researchers concluded that you can heat or cool a circuit by controlling the direction of the magnetization. This new technique could be used to create more efficient integrated circuits in the future.