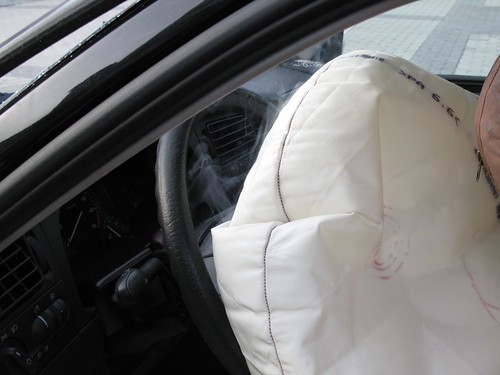 Adding to massive Takata recalls and the spontaneous air bag deployment issue, this spring Jaguar Land Rover North America will recall more than 61,000 vehicles due to air bag issues. In this case, faulty software prevents some passenger-side airbags from opening on impact. The recall includes Range Rover and Range Rover Sport models manufactured from 2012 to 2015. Owners will be contacted and dealers will update the software free of charge. The Land Rover air bag defect relates to the occupant classification system, which should engage the air bag when an adult is in the passenger seat. However, the software can incorrectly perceive lightweight adult passengers as children, which prevents the air bag from engaging when it should.

In other air bag news, a few weeks after the most recent Takata air bag fatality, Honda Motor Co., announced that its president and CEO Takanobu Ito will be replaced. Takata’s exploding air bags have caused millions of vehicle recalls and at least five deaths. Although Honda’s announcement did not mention the airbag scandal, it’s hard not to make the connection after the National Highway Traffic and Safety Administration fined Honda a record-setting $70 million last year.

Photo by FWnetz via Compfight