Wireless Technology That Can Read Your Moods 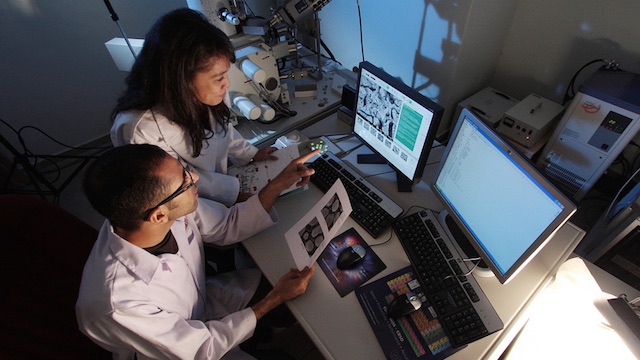 Feeling a bit moody? The next time you can’t describe how you’re feeling, you could be able to turn to a new technology to give you the answer.

EQ Radio has been touted by scientists as the most accurate way yet to decipher and determine human emotions. Using physiological cues like heart rate and breathing patterns, the device then employs an algorithm to put a name to all those complicated feelings. While physical responses have been used before to determine how people are feeling, they’ve always relied on sensors being attached to the subject. EQ Radio takes things a step further.

Scientists at MIT utilized a small device that bounces what is known as Frequency Modulated Carrier Waves off of subjects to calibrate their emotional state. The waves are high-precision, and have the added bonus of canceling out interference from objects and other people that might skew the results.

“The idea is that you can enable machines to recognize our emotions so they can interact with us at much deeper levels.”

Perhaps most impressive is the rate of success EQ Radio currently holds, with 87 percent accuracy in figuring out how subjects feel. However, scientists have emphasized that this number could reduce significantly outside of controlled situations. The real world is messy and complicated after all (not unlike our emotions), and without the protocols and controls in place the EQ Radio could suffer a serious drop in its accuracy levels.

MIT scientists are hard at work fine-tuning their invention to deal with the hazards and unexpected problems of the real world, and see the EQ Radio as a huge step forward in automated emotion recognition. There are plans to use the technology in a variety of fields, particularly healthcare. Since the EQ Radio relies on mechanical rather than electrical ones when monitoring the heart, it could be especially important when tracking the health and well-being of elderly patients.