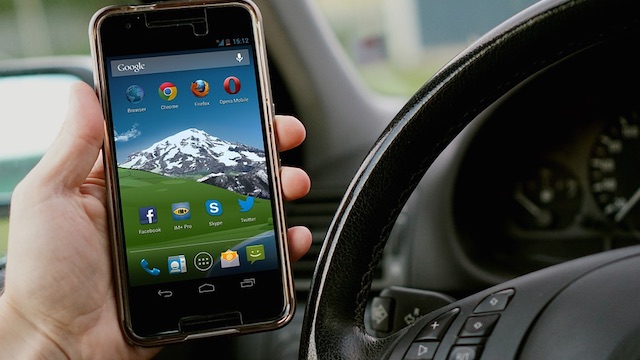 Charging phones in cars is far from a new concept. But new technology has taken this familiar trend and turned it into something far more streamlined and efficient. As more and more devices go wireless, so do the methods for powering them — and now you can do it from the comfort of your vehicle.

Delphi Packard Electronics Systems Ltd. is at the forefront of these components. The company has created the first wireless in-car phone charger, which should be hitting the streets soon. Delphi Packard has already partnered with two car makers to roll out their new invention, and if a success it could prove to be a game-changer.

Despite the increasing number of wireless devices available on the market, in-car chargers have always proven to be a challenge for engineers. The issue, according to Delphi Packard’s manager of electronics engineer Zhang Jian, is all about reliability. Unlike most environments where people use wireless devices, cars can experience extreme changes in temperature over a relatively short period of time. This can prove disastrous for any technology unlucky enough to be left in an overheated or freezing cold car. Jian says that the wireless chargers can be safely used for up to 500 hours at temperatures ranging between 65 to 85 degrees Fahrenheit.

Another unsurprising problem was electromagnetic interference. Engineers had to grapple with sound and radiation interference from other car-bound devices, such as GPS and radios. One of the key solutions involved generating a magnetic field for non-radiative powers transfers, making the device safe and environmentally friendly. The wireless in-car charger passed the EMC test with a grade of 4, the highest possible rating offered. It also meets the industry safety guidelines as laid down by the FCC, IEEE, and ICNIRP — an impressive accomplishment.

“Radiation is no good to either human beings or electric appliances.”

Complications aside, the wireless in-car chargers looks poised to change the way people charge their phones will driving. And that’s just the beginning; Delphi Packard has plans for plenty more exciting innovations in the coming months and years, including remote charging and multiple to one charging. Soon the crisis of forgetting your phone charger could be a thing of the past, and that time can’t come soon enough.