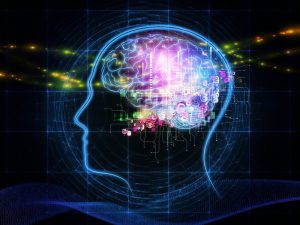 Technology that allows paralyzed people to use thought commands to manipulate computers already exists. However, it is not practical for everyday use: the design is complicated and messy, involving many wires and laboratory environments. In a consortium called BrainGate, researchers from Brown University and Blackrock Microsystems invented a wireless device that can potentially bring mind-control technology out of the labs and into people’s homes.

Here’s how the technology works:

The device, called Cereplex-W will work at a rate of 48 MB per second, which is about the speed of a home internet connection. It only requires 30 milliwatts of battery power. It is currently being sold to laboratories for primate testing at $15,000 each. Plans for human testing are coming soon.