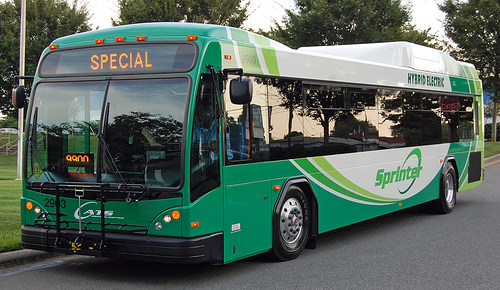 Electric vehicles have two obvious advantages over their popular gasoline-fueled counterparts: they are better for the environment and less expensive in the long-run. Although many cities have adopted at least some electric buses, long-term goals for public transportation include wireless charging in motion so that electric buses would have unlimited range. The idea is to use the same technology that charges phones and toothbrushes wirelessly, but on a much larger scale. Magnetic charge plates would be embedded in roads so that charging vehicles would be a seamless process that doesn’t require large battery packs or time sitting at a charging station.

At Utah State University (USU), a facility is being built that will have a 750 kW power capacity with AC/DC power distribution to an electrified test track. The track will be embedded with primary coils, which will induce a current in secondary coils installed on the bottom of buses. This new system will allow electric buses to move along their regular routes without making special stops to charge. USU says that if this technology is adopted by just 20 percent of the market by 2035, it could result in $180 billion in annual cost savings, a 20 percent reduction in air pollution and a 10 percent reduction in CO2 emissions in the United States.

Wireless charging is being piloted in cities around the world— tests are being done in Germany, England, Italy, and other cities. KAIST University in South Korea has a 15 mile wireless charging road. Meanwhile, ongoing research is examining the potential hazards of such large magnetic fields, and IEC subcommittee 21A is setting related international standards.