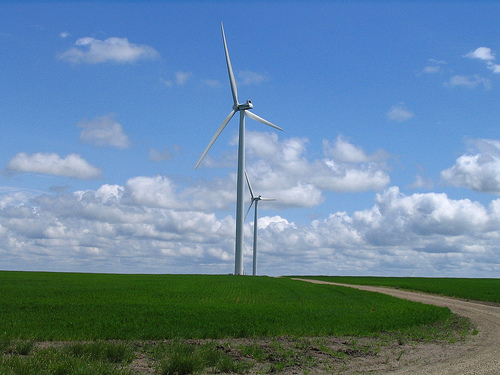 Wind is a powerful but inconsistent source of energy, and wind turbines are not as efficient as they could be. You might think that a big gust of wind would provide an energy boost, but high wind speeds actually make turbines go into a safe mode. When wind speeds are higher than a certain threshold, turbines adjust their blade angles to maintain a constant energy output and prevent mechanical damage. An electrical engineering doctoral student living in the windiest state in America designed a system to recycle that excess energy and store it to be used during calmer weather.

University of Nebraska-Lincoln researchers Jie Cheng and Fred Choobineh describe their system in The Journal of Power and Energy Engineering. They write, “The proposed system recycles the mechanical spillage of blades and stores it for later electricity generation with assistance from a rotary vane machine.” Their system directs spillage to an air compression tank where the excess energy is stored until wind speeds stabilize. This simultaneously addresses two problems: it captures the wasted potential energy that is typically lost during strong winds and helps to make up for energy deficits during calm periods.

His prototype yields 8.5 percent more electricity than conventional systems. Cheng calculated that if his system were used in a 250-kilowatt turbine, it would save an additional 16,400 extra kWh a month, which enough to power 18 average American households. 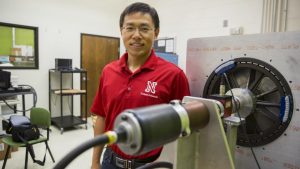 Cheng was inspired by living in an ideal location for wind energy, with strong winds and open land at. “We have a lot of wind energy here, and we live among grasslands, so there’s little environmental (interference),” he said. “I see a lot of potential for this, especially in Nebraska.”